ColwallStone, established in 1999, is based in the heart of the Malvern Hills, close to where the three counties of Gloucestershire, Herefordshire and Worcestershire meet. Since then ColwallStone has been providing high quality hard landscaping and garden services in this area.

We'll handle everything for you!

Find out more about us

ColwallStone was set up and established by John who trained as a dry stone waller whilst working as a Conservation Ranger for the National Parks Department in Cumbria and Northumbria. He became a specialist in all aspects of Malvern stone walling.

John’s son Andrew now runs the business after over ten years of working under John’s guidance. Since then, the range and complexity of work completed by ColwallStone has evolved, including the many different styles of stone walls we build.

Our team have a true passion for craftsmanship. Building, restoring and repointing Malvern stone walls is our speciality, but we also have a lot of experience with local limestone, sandstone and dry stone walling. And where possible we use locally sourced, recycled materials, helping new features to blend into the landscape.

Find out more about us

No job is too small

At ColwallStone we take great pride and care in our work, whether something as simple as replacing a few fence panels or a larger job such as designing and laying a new block paved drive. So whatever your project, it's worth calling ColwallStone to see if our experience in all aspects of hard landscaping and garden services can help you to make your vision a reality.

ColwallStone was started by John in 1999, and continues to be run by his son Andrew. As a business founded on family values, we pride ourselves on being transparent, trustworthy and loyal to our clients. And with skills and craftsmanship that have been passed on through generations, we ensure each and every project we work on is finished to the same high quality we've become known for.

The Workshop Working with customer, Leigh, to bring to life his vision for a stunning Priory Road workshop. Case study → 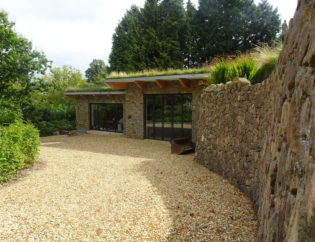 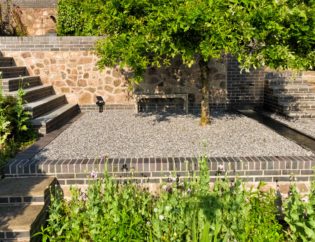 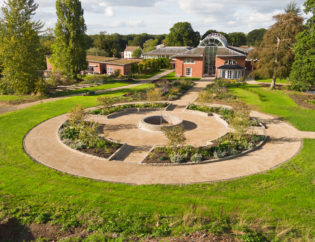 Don't just take our word for it...

We're proud of having worked with 100's of happy clients to deliver a result that both looks great, and stands the test of time.

"Thank you for all your efforts. The architect has also commented on how pleased they are with the stonework and the look of the extension.”

"Andrew has carried out some work for us over the last three years, in particular some extensive stone walling. He always arrives on time and has completed the work to a really good standard."

"Colwall Stone recently came to my property to work on my garden – to fully landscape & lay stone slabs with wooden sleepers around the house. They were polite, very knowledgeable, offered a fair price & always turned up when arranged."